Last update of July and here is the progress so far. Too many things on the table distracting each other and competing for time to be painted results in not completing as much as planned or liked.

However, another two stands of hoplites have joined the Spartan ranks from the forges of Xyston. The Crusaders are another stand of heavy infantry nearer the finish and the DAK have some cover in 20mm.

The two 28mm figures are at opposite ends of both periods and progress. The Norman is one of the last that will be singularly based for skirmish games and the musket armed fellow is the first Compagnies Franches de la Marine for skirmish based games in the French Indian War. 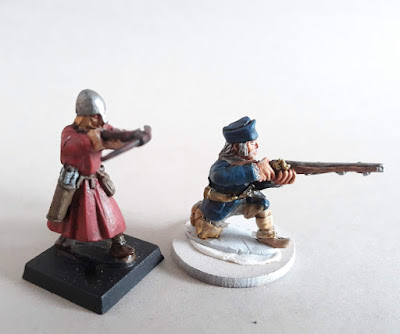 I particularly like the Norman, he is a great figure full of character.