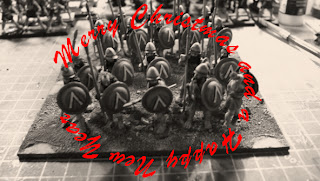 And Now for Something Completely Different 7

Well since the Hobbit has been released yesterday and I will be seeing it later on today, I thought what better than another Dwarf for today's post. 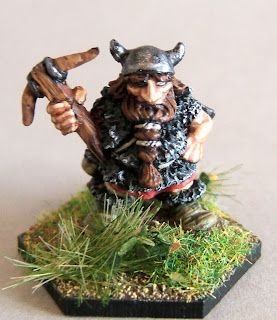 The above figure is another from the Citadel Northern Dwarf range. These are some of my personal favourites from this era. Great to paint and lots of character too; just what you need for small scale fantasy skirmish games like Songs of Blades and Heroes. 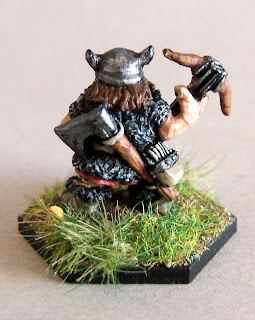 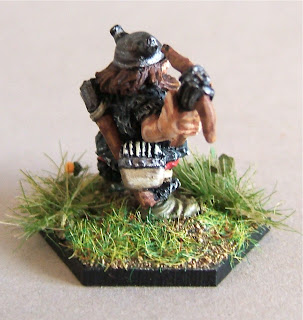 The pic below is a another Citadel Northern Dwarf that is still being worked on. This is one of three berserkers that are being painted for Songs of Blades and Heroes. On this one I have taken the red right hand theme that little bit further to add to feel of the warband. 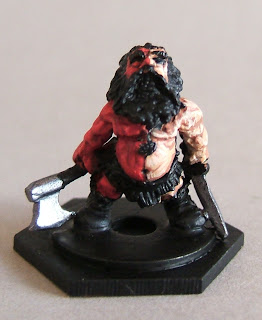 Thats all for now and for those of you who are going to see the Hobbit over the next few days, enjoy!

Back to the Brushes 42

The last pictures of the Trojans before being fully completed. At this stage the shields are still unattached but the figures are nearly completed. 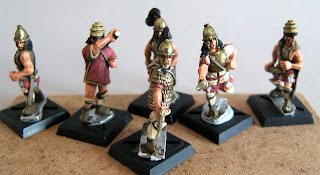 The red and white strips on the kilts will be changed to a warmer white rather than the cold grey based white that has been used. 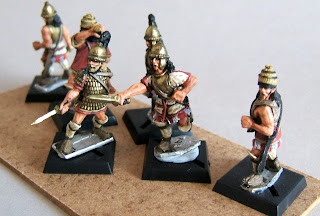 The horse hair plumes for this base will be almost black to a very dark grey and the final positioning of the figures will most likely vary from what is shown here, although the central three figures will remain in the places they are. 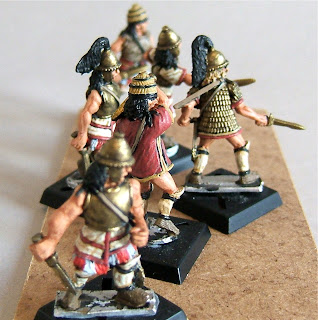 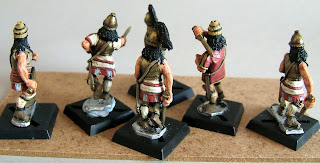 Although there has been a fair bit of prep going on over the last few days trying to get ready for the 3rd Analogue Painting Competition starting later this month a few other bits and bobs have been painted to varying stage; but more of that later.

Lastly a warm welcome to some new followers:
Hopefully, there will be something of interest for you all in the future. 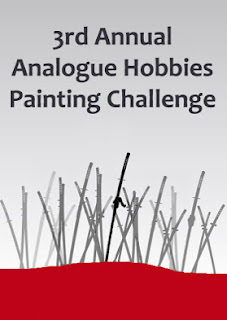 Curt C at Analogue Hobbies is running another painting competition this December, and once again entries will becoming from here. Its a great motivator and whilst not expecting to be collecting any silver ware from it, I do enjoy the challenge and comradeship that develops during the dark months of winter. Worth having a look out for when it starts.