First real painting session since the end of the Challenge saw some time spent on a few varied pieces, some un-started some partially painted, some just needing a new base.

During the Challenge a solitary elf was painted, based and finished. The fact is the elf was part of the Citadel High Elves C08 range and the link shows that the elf is far from solitary.

Strangely enough tucked away in a dusty drawer in the lead mountain there is a full set of these very High Elves and below is the companion figure for the early painted War maid. Some colour to follow shortly for this figure. 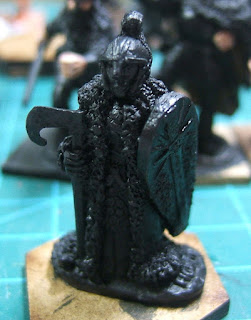 A while back a Warband for Songs of Blades and Heroes was started using 'Ranger' type figures and below are two that are so very near completion. These are the original Rangers of Ithilien from Citadel's Lord of the Rings range circa 1985. 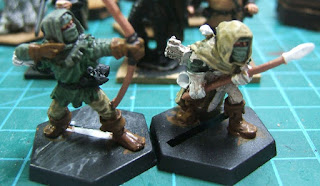 These two Foundry figures from the War of the Roses range are being rebased to hex bases as henchmen for some of the fighter types painted last year. These two gents were originally painted over twenty years ago and show some early progress with layering. 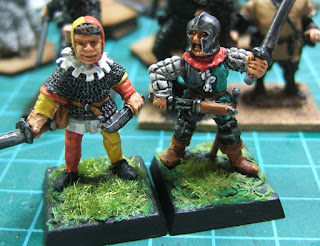 Lastly, have been catching up with Vikings on Amazon Prime and as a result these three figures have been dug out for painting. The chap in the buff coat is one of these figures that will be painted because its there, not because of any other reason, not happy with the flesh tones on this one and the coat may well change. 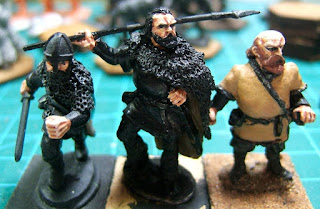 Butterfly painting at present however that helps with keeping the interest levels high before venturing into painting a full base's worth of figures in the one theme.

The last of the Analogue Hobbies Painting Challenge VIII entries below including some Alternative Armies Ghouls and Dixon Miniatures Ninja. 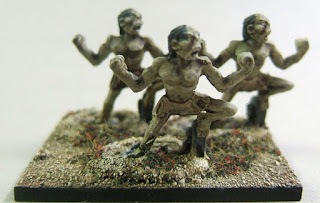 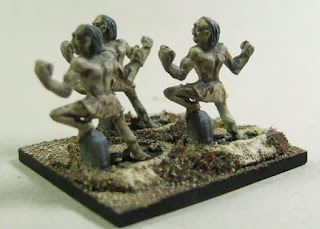 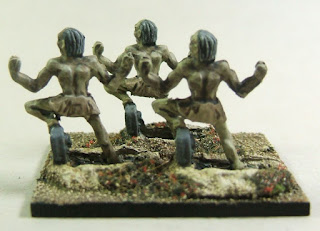 Achieving a good tone on the tone black is to say the least a sod and often ends up requiring knocking back the high lights with a black wash or similar. Sort of seems counter productive to highlight then darken the same highlight; yet the finished results are often worth the effort. 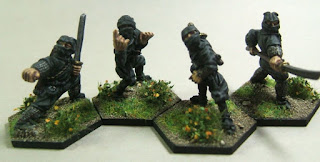 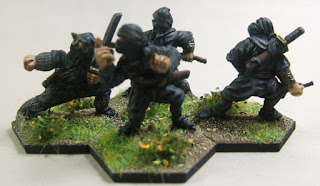 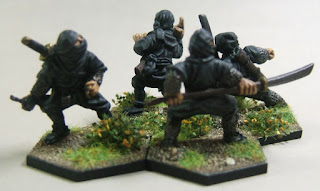 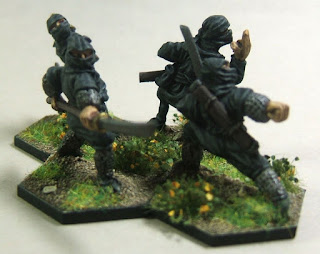 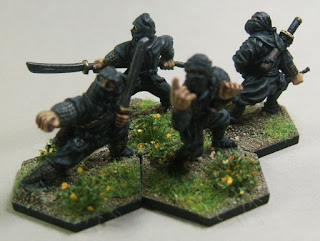 Back to the brushes soon after a brief break post challenge and returning to the Ninja to complete the remaining four.