Back to the Brushes 72

Well, at last that is the stand of Huns finished painting; only the varnishing and basing to do now. 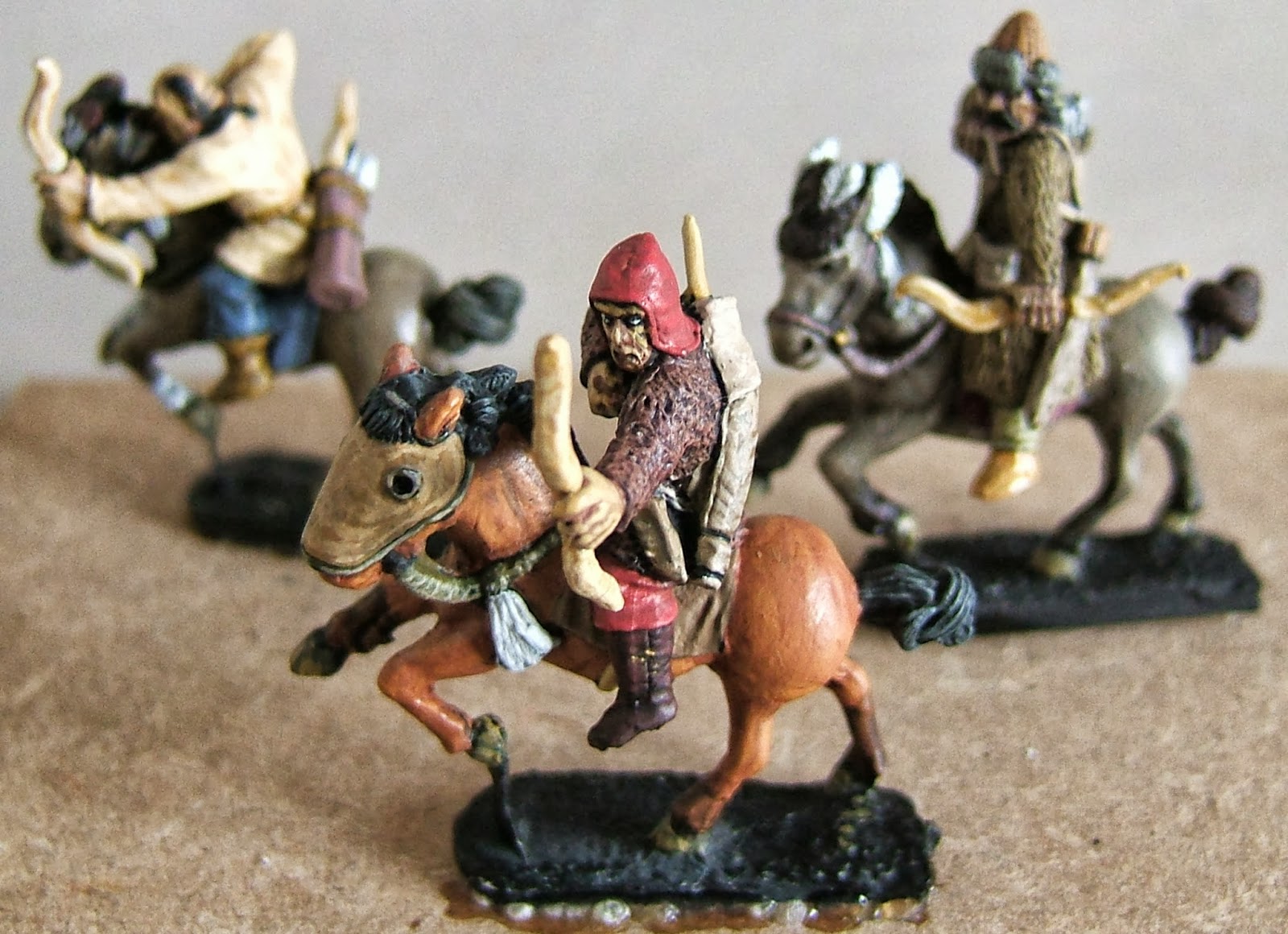 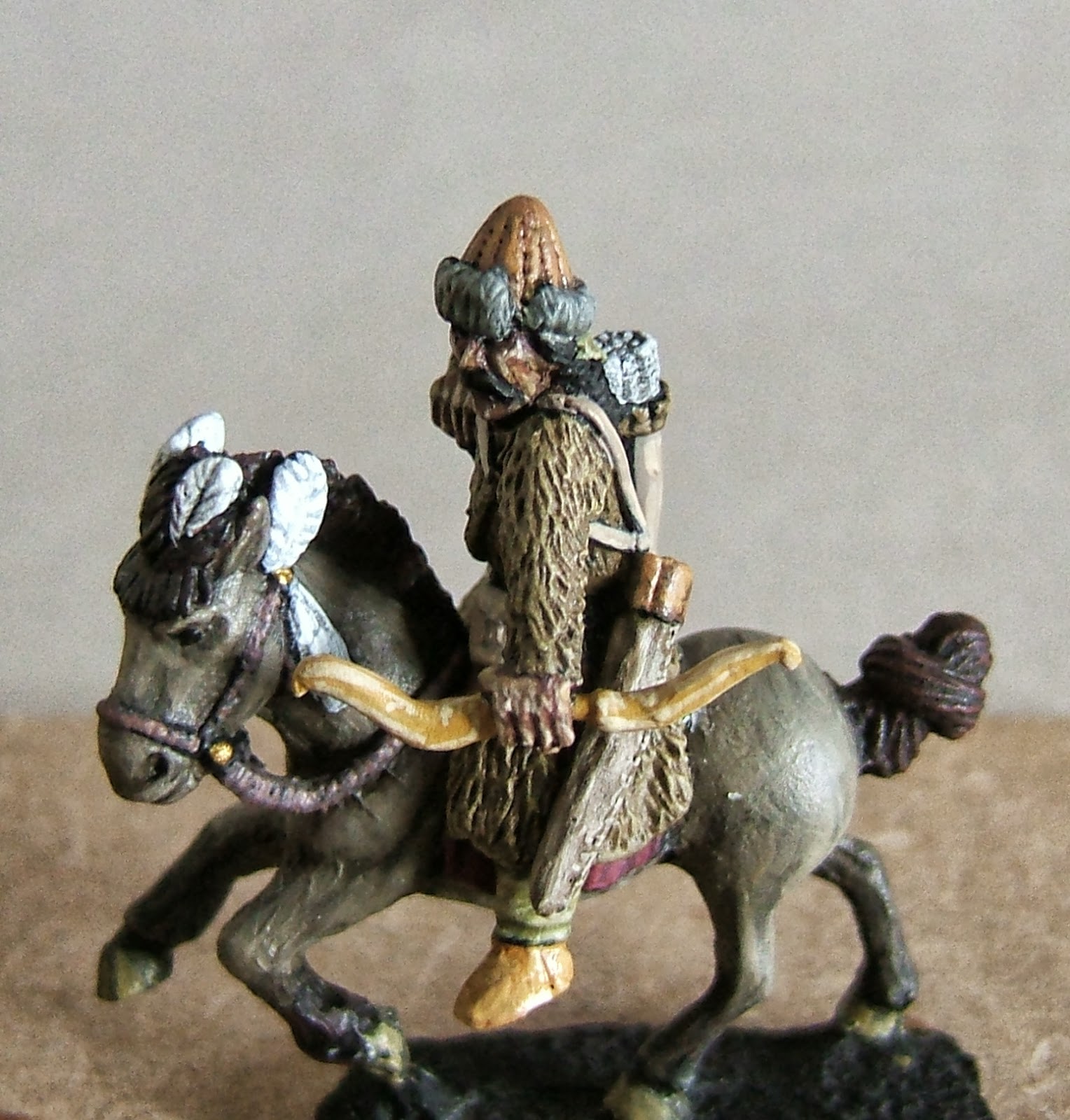 As a reward a bit of time was spent painting an Elf for Songs of Blades and Heroes. The figure is from Citadel's C08 range of Elves for the early eighties and is the first of a new warband for the above game. 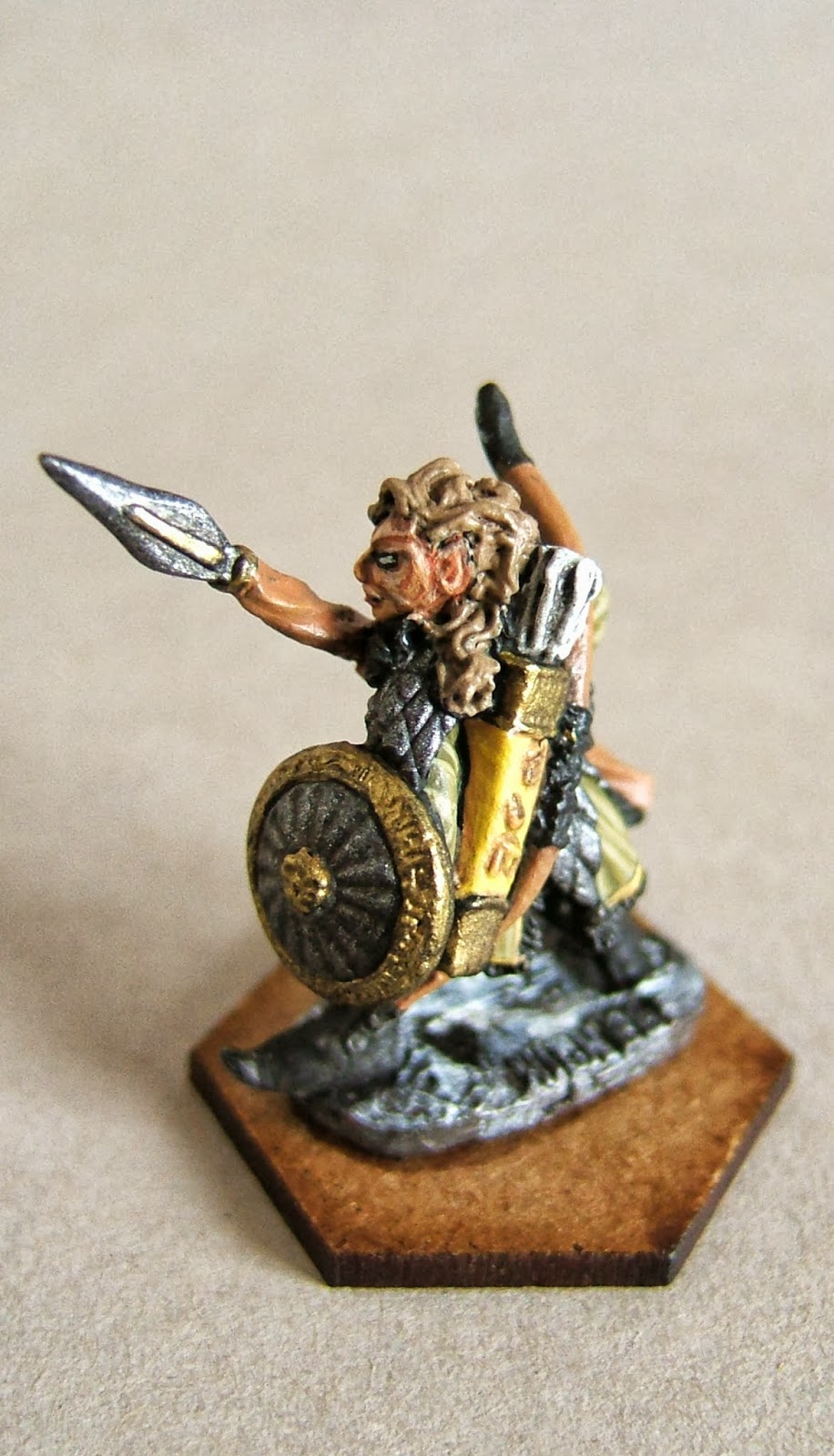 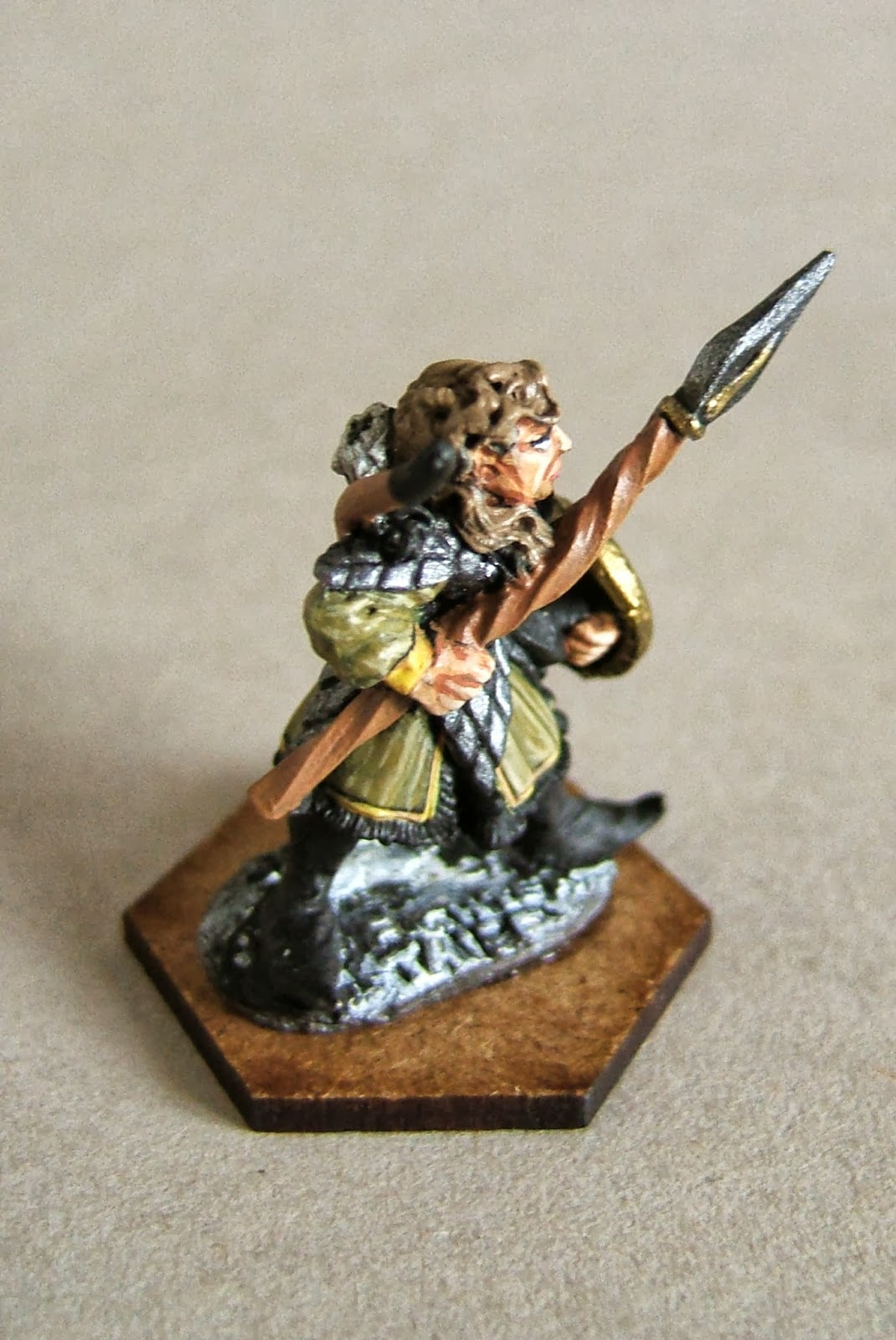 Back to the Brushes 71

As promised a few work in progress pictures of the Huns. This is the third stand of Huns which is a third of how many will appear in a 300 point Impetus army. The figures are from Gripping Beast and are all very nearly finished. 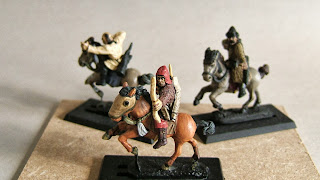 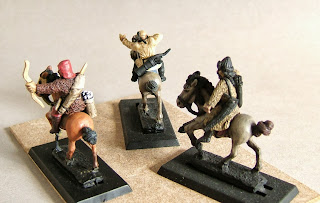 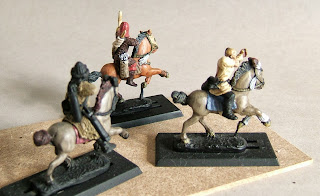 Hoping to get some more work on these this evening and that should be them complete bar the basing.

Here at last are the final pictures of the first elephant for the Sassanids in Impetus. At 300 points two of these beasties can be fielded and this will probably happen in the distant future. The figures are from Gripping Beast and this has been a very enjoyable start to a project. Enough rambling though, here are the pictures: 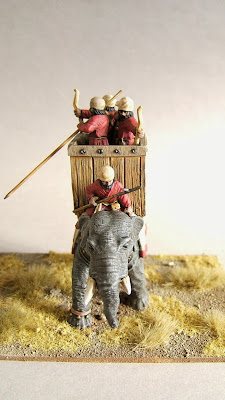 The choice of colours for the crew and coverings on the elephants back has been very deliberate. The red (Foundry Madder Red) is the same that has been used for the skirmishers and will be used for more infantry stands in the near future. The beige provides a good neutral colour for the red to stand out against.

There are two reasons for this; firstly it will develop common colours throughout the less important parts of the army and secondly it will allow more personalisation to be added to the Savarin stands when they are painted. 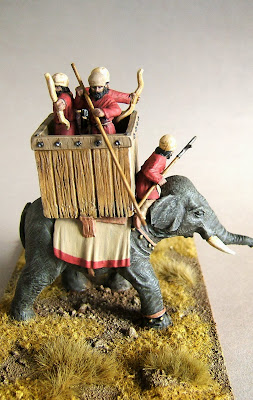 The thought behind all of this is to set the elite cavalry apart from the levies and skirmishers of the army not just in terms of the actual units but in the use of colour as well. Time will tell how well this works. 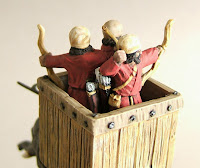 Some detailed pictures of the crew in action above taken from both rear angles. 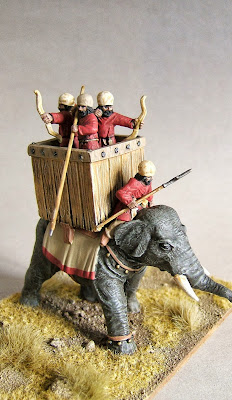 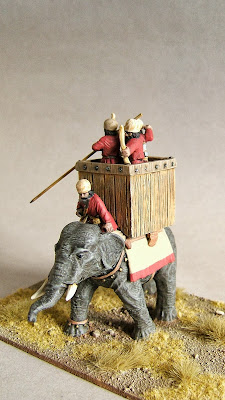 The last picture below shows the elephant next to a stand of skirmish archers showing the scale of the elephant against them and the start of the common link in colours. 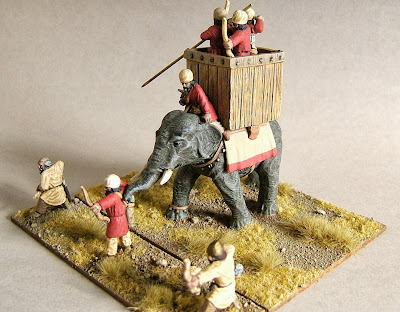 Next up will be some work in progress pictures of the Huns.

Back to the Brushes 70

Well, its been a quiet month so far on the painting front, with practically nothing being painted so far in September. Spent a bit of time earlier today finishing basing the Sassanid elephant but as yet have no pictures.

Hope to spend some time over the next few nights cracking on with three stands for the Sassanids. Two of which will be Daylami light infantry and the third being a skirmish stand of slingers. At the same time as this hoping to continue of the current stand of Huns gracing the painting table. Work in progress pictures of all to follow shortly.