And Now for Something Completely Different 29

This posts marks the end of the Analogue Hobbies Painting Challenge 6 and also the end of this series of blog posts. The reason for stopping the "and now for something completely different"theme is the contents of the posts are no longer that different.

These have already been shown in the Challenge and are from Ground Zero Games - the Grav Sleds. There are two light gun sleds and a mounted plasma cannon  below. All are 15mm scale and will be used in Critical Mass in the future. 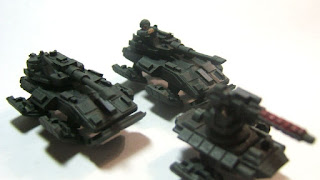 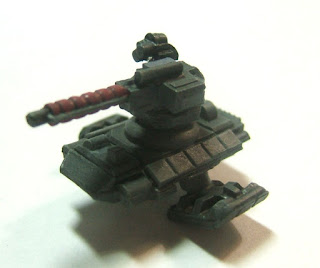 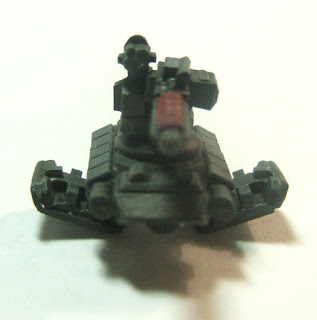 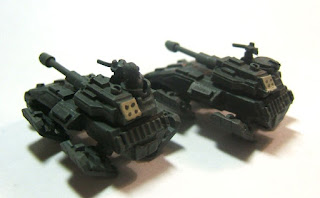 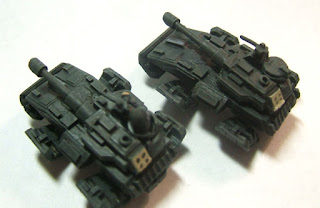 The next pictures show the two scout grav sleds that will be used in support of recon troopers for the ARC forces in Critical Mass - the recon troopers to follow in the coming weeks. 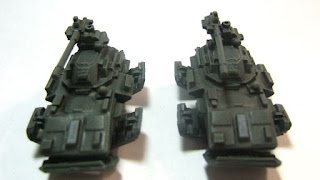 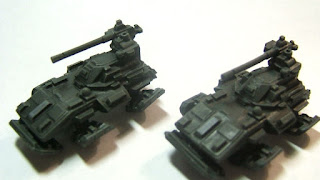 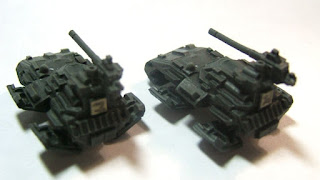 There will be more completed pictures soon and some work in progress as well.

A quick update before the end of the painting challenge showing some work in progress items for Critical Mass. Before describing what is being worked on a quick apology for the pictures - quick pics and not pod to support the camera equals slight fuzziness (poor exposure) on some of the pics. 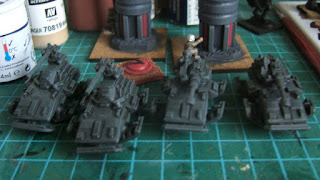 Above are four gun sleds from Ground Zero Games - two light on the right and two scout on the left. These are the start of the armoured support for the infantry that has been getting painted here over the last two painting challenges. In the future there will be assault sleds and heavy gun sleds as MBT as well.

Part of the colour theme in painting this force has been to use darker colours for heavier units so all the Grav sleds will be based on a dark grey base coat, washed and dry brushed up to enhance the detail of these vehicles. Some of the heavier units will also sport some camouflage as well, more of that in the coming months. 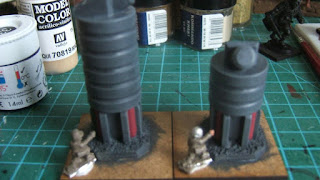 Two objective markers from Critical Mass with attendants from Ground Zero Games; enough said. Also showing a Gripping Beast Viking that is lurking too close to the edge of the painting table in the hope that he will be next. Who knows on that... 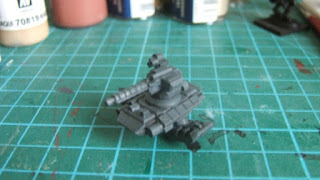 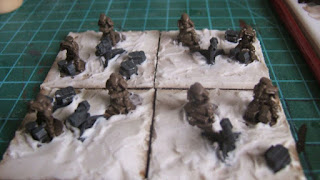 Heavy mortar section again from Ground Zero Games - are you seeing a common theme to this post? 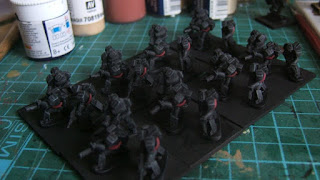 Lastly a specialist recon unit - this time from Critical Mass Games - to fit in with the ARC units already painted. This unit will not be a standard unit as the stats will come from the Merc rules and as a result will be a little bit different.

That is all for now as time is running out to get this lot completed for the end of the challenge.

And Now For Something Completely Different 28

Shown below are the figures that made their first appearance on the Analogue Painting Challenge earlier this week.

The figures are from Critical Mass Games' ARC Forces range and are Augmented (Power Armoured) Infantry.


Painted as an elite unit that has options to field either laser cannons or plasma cannon armed troopers. The finely detailed castings from CMG are great to paint and show considerable detail from a distance. 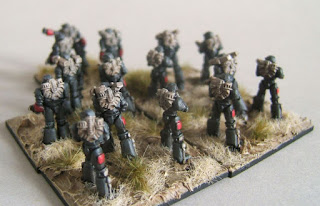 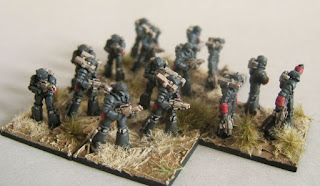 Currently working on some more support units for this force from Ground Zero Games which hopefully will be completed for the challenge's end date. 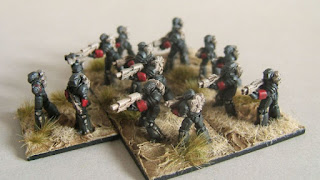 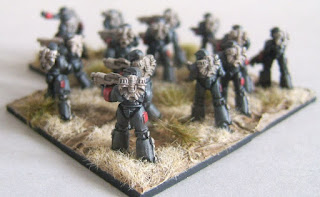 That's all for now