Continuing on from the previous post for the How far Jerusalem thread here are the other Later Crusaders from Gripping Beast during the AHPC XI. 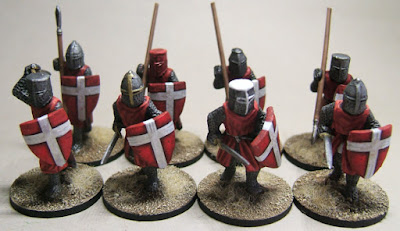 These figures have been hiding in the lead pile for over a decade now. Purchase as part of a WAB army which has now been split into two Lion Rampant factions and the balance sold on to new Chapter Houses. 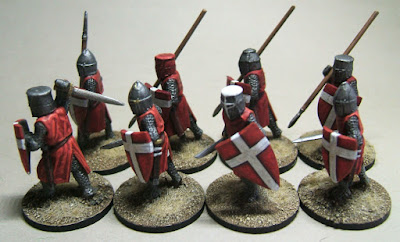 The figures have been painted to represent Knights Hospitaller post the papal bull of 1259  that split the uniforms of Brother Knights and Brother Sergeants to red and black tabards.  It has been said that this decision was unpopular with the Order so there will be some quartered colours on the mounted figures just started to show both red and black tabards. This is purely artistic licence however, it does look good on the table. The decision was over turned and the whole order wore red in combat later in their history and black for higher duties. 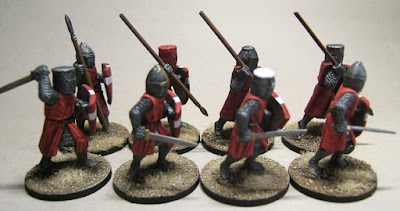 The shields are over painted Little Big Men transfers and when possible crosses will be added to some of the tabards if I can find suitable waterslide decals to do this. 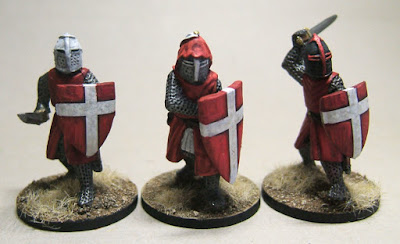 The painted helms are artistic licence and purely to break up the uniformity of the figures. This was also done by using two different triads on the reds although it is hard to see this in these pics. 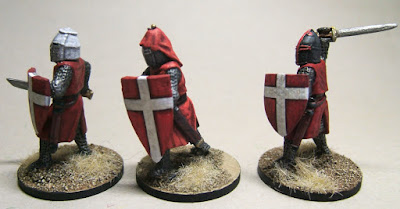 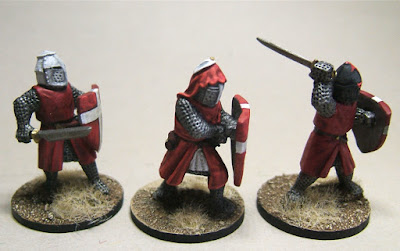 The completed twelve knights that will be used as Men at Arms in groups of six in Lion Rampant and Hearth Guards in SAGA. 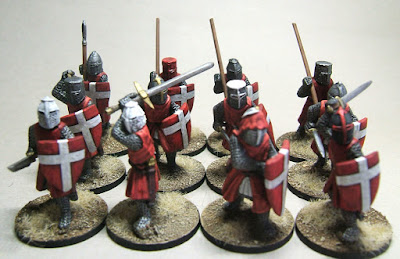 Hope you found this interesting

These look really great and make an excellent unit together. You have done a terrific job on them.

Always good when you manage to chip away at an older section of the lead pile.