April has come and gone and there has been some painting done. Perhaps not as much as planned but then who would have thought the weather would have been so good? 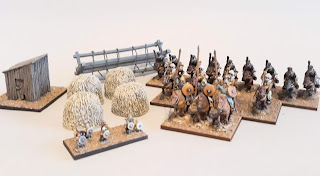 A mixture of periods and scales were painted including the following:

16 x 15mm Arab or Muslim Cavalry including 12 Museum Miniatures (rear and middle rows) and 3 from Minifigs.

5 x 15mm terrain pieces for ACW games from Hovels. The cludgie and hay piles with a barn, hen house and fencing to follow. 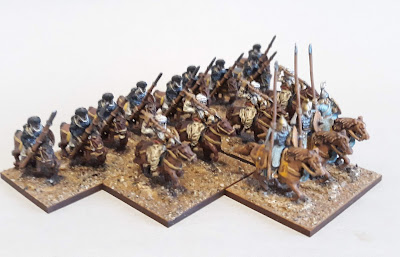 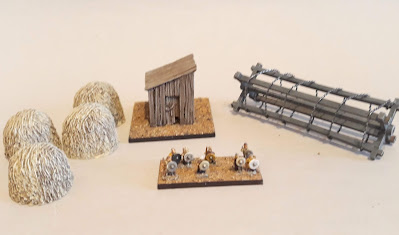 This month has already started well with a few pieces of scatter terrain completed last night. Pics to  follow later in the week.

Hope you found this interesting.

A great and varied selection Ross!

Thanks Ray, its the spice of life so they say.