An update on Roman Cataphracts for ADLG - a bit of base manipulation to sort out four horses per base. This is possible as the War and Empire (Forged in Battle) figures are a wee bit smaller than some of their other 15mm counter-parts. 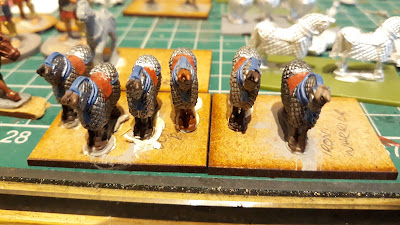 The armoured horses so far - those painted all started prior to the  beginning of AHPC XIII - another six to get into the painting queue. 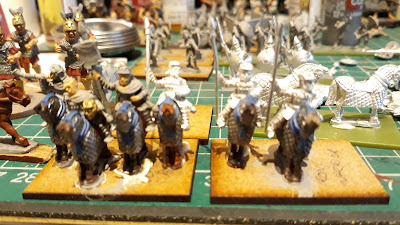 The riders have been added to see how things look with four horses and there us room enough without cramming them in. Will be spending a bit of time on these shortly.

The horse head to the left of the pic is from a PSC 15mm horse that is much bigger than the War and Empire figure. Scale creep, its a bugger but not much you can do about it.