Starting of October with the last of September: 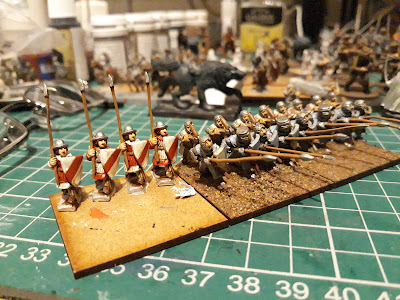 The three stands shown include twelve spearmen and four crossbowmen painted as part of the ongoing Late Crusaders army for ADLG and DBA. 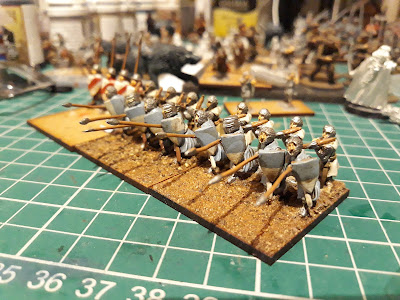 The spearmen with the red and white shields may be repurposed as purely spearmen rather than mixed with crossbows. This will allow more variety in the army with the mixed spear/crossbow having more spearmen support. 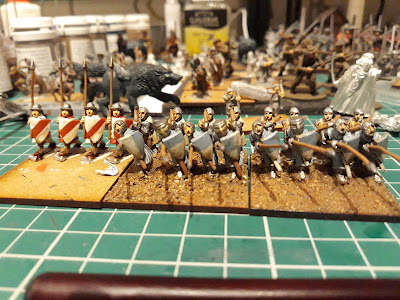 Total for this month starts at

Ross, you are off to a fast start!