Some armies are just never finished and the Late Romans would be that one here.

Below are recently completed Gripping Beast Late Roman archers that will be either used as support elements or as skirmishers depending on the needs of each particular game. 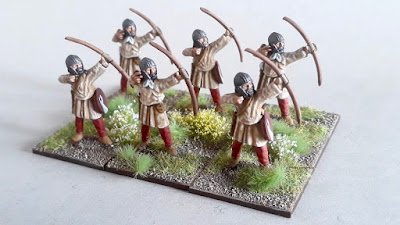 There will be another six of these appearing here shorty to complete the sagittarii for the Late Romans as based on 60mm fronts. 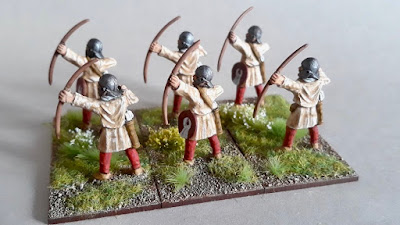 There will be another dozen to be painted across this year based individually on 25mm rounds for use in SAGA and Lion Rampant as Romano Brits. 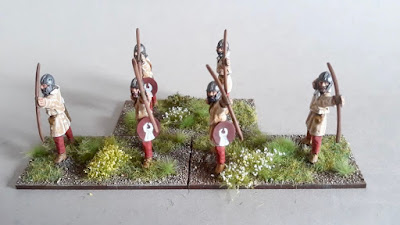 A new project has just been started on a smaller scale than above; more on this in the coming days with the announcement of the Quarantine Challenge 2020 following on from the completion of the AHPC X.

Good looking archers. I like the color of their tunic. You are right. Some projects are never done...

The figures have turned out very well.

Nice additions to the collection